Inside the Playbook - Goal Line Passing, Stack Formation, and the Triangle Concept

Stack and bunch formations combined with triangle concepts can provide quick and easy reads within the conjestion of red zone offense. In this article, we look at numerous ways an offense can use these concepts in the pass game to pick up the final yards to put the ball into the end zone.

Outside of the QB draw, inverted veer, zone read, or other backside plays (throw backs included), let's look at some other concepts that Michigan has run from bunch/stack formations near the goal line while utilizing a triangle concept.

Go to any football website, and most likely you'll find something about the triangle passing concept. Chris Brown (Smart Football) describes the concept very well (though, when he gets into specifics, he discusses a different play that utilizes the triangle scheme).

The insight behind the triangle is that the horizontal and the vertical stretch are combined to create a single straightforward read for the quarterback that provides answers no matter what the defense presents. 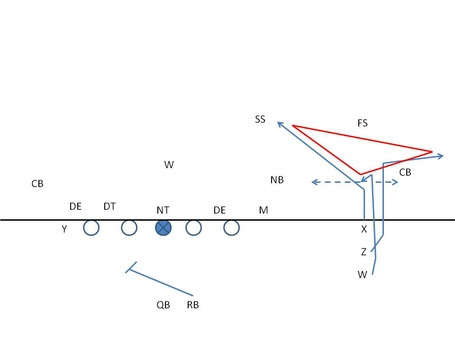 The X-receiver (Funchess) is running a slant to the goal post. This is the vertical stretch. It is also the first read against man coverage as slant, especially to the back of the end zone, is a very good man-coverage-beater.

The second route, by the Z-receiver (Gallon), is a corner/flat (run to open grass to the outside). This is a horizontal stretch. This is the first zone-coverage-beater. This can also be a man-coverage-beater if his coverage is coming from the inside because the X-receiver provides a rub.

The W-receiver (Dileo) thus is the 2nd read for both man-coverage and zone-coverage. He is also the hot read. He is provided with a rub from both the X and Z receivers. He is running an option route. With no inside help, his route becomes an angle route. An angle is generally a man-coverage beat verse outside leverage. By stemming outside initially, it gets the defender flat footed and moving outside, opening up room on the inside. In concept, coming from a stack set, this would work like a double slant against a standard man coverage. Now, if there is inside help, the W-receiver is essentially running a snag route. What this means is that he will run to the void in the defense (the outside release is merely to hide behind the receiver in front, providing a better rub) and hitch, and work inside-out. The QB will throw him open. This means that with inside help but outside coverage, the QB will throw to his numbers. If the outside, flat defender follows the Z-receiver, the QB will throw to the back shoulder into the vacated zone, or in other terms, throw the receiver open. The W-receiver is the 2nd read (outside of a hot situation), but the most likely target.

I discussed this play in full HERE 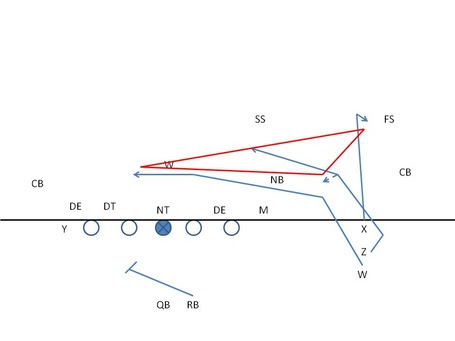 Ran by Michigan against Iowa on 4th and 2, ran against Iowa a couple times and I believe at least once against OSU. It's been a part of the playbook dating back to Borges's first year. If Michigan runs this play, the outside CB's jam takes him out of the play completely and it's a TD (Borges typically runs this with his play in as shown above according to personnel, so Gallon would be the follow, though the routes could be run by any of the three WRs in combination). 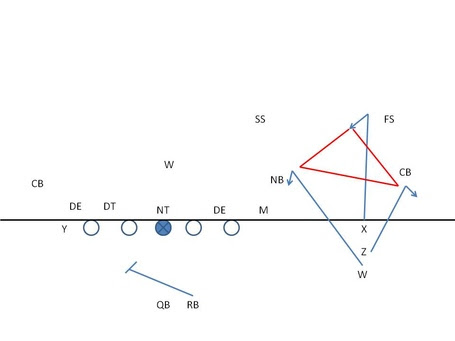 This gives both a high and low stretch, as well as a horizontal stretch, gets receivers in routes quickly, and lets them work in space. The read is a bit harder for DG, as he has to correctly identify which target has best position, and it also requires a bit more from the receiver end. I believe this play was run earlier in the season, sometime in the first half. 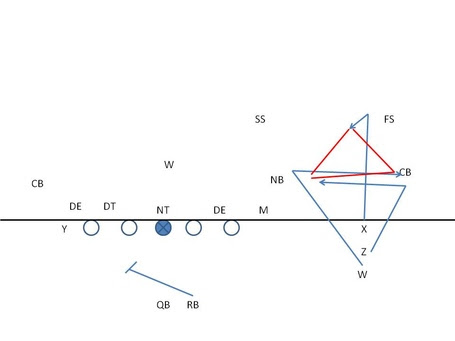 This is essentially the same look as hitches, but runs the receiver's opposite of their initial release. This maximizes the rub aspect of the stack formation, as well as gives the WR more separation due to their movement. It makes the throw a bit tougher because of the movement involved, and the read is about the same. This tends to work better against a man coverage or a match-up coverage, where as hitches would work better against zone. 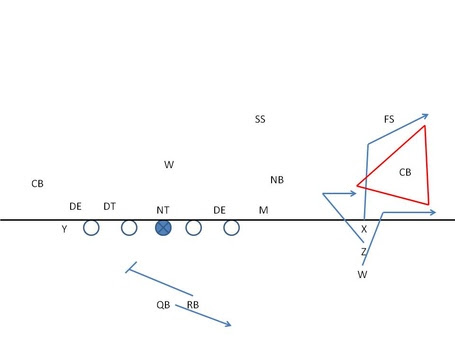 This takes Funchess to the corner instead, and puts the high low further away to the field. This is more than likely paired with a roll out and gives Gardner three pass options and a potential run option. It also utilizes the motion to get Dileo two rubs while getting into the flat. A similar play was run on 4th down earlier in the game.

It is interesting to note that the play that was run was quite similar to the one that sealed the ND game for Michigan. In that case, the motion receiver ran the flat route though and Dileo ran the option route still. The formation was a bit different (WR on the backside, RB flipped), but the route concept was highly similar. That means OSU probably saw something similar, but it was also a different set-up and in a different context.
It's important to note a few things further. Pretty much any of these routes can be run in any combination by any receiver. Each receiver will have some tendencies that follow their strengths, but on any play that can be changed. It should also be noted that on all plays (besides the inside-out play) that the triangle can be inverted into what is known as a delta concept by some. This puts the horizontal stretch deeper (there will be some manipulation to the routes in order to achieve this, but it's in general the same play). There are certainly other possibilities as well, these are just ones that I've personally seen Michigan run in similar situations that utilize a triangle concept. 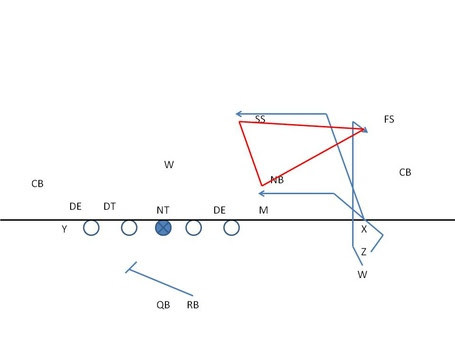 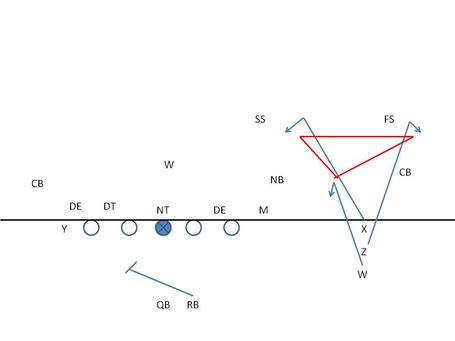 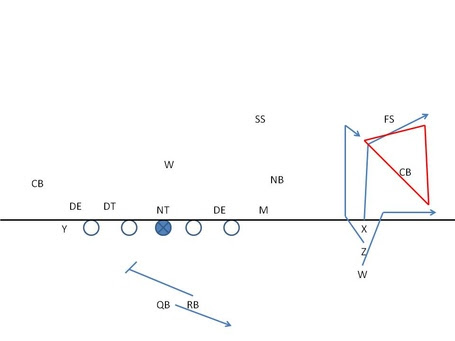 Posted by Space Coyote at 10:30 AM No comments: