In an MGoBlog piece "Fee Fi Foe Film: Illinois Offense", Ace pointed out an interesting wrinkle that Illinois utilizes on the backside of their inside zone, which I call "Pin and Fold". I had seen this wrinkle previous in an article from Ian Boyd at least partially about current Iowa St. coach Matt Campbell, and I've also written briefly about it on my own. Now that it has appeared again, this time in the Big Ten, I have the opportunity to write a little more about it. 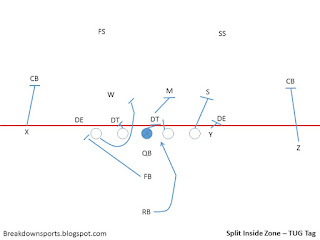 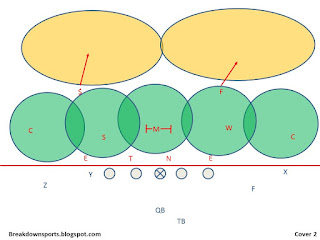 For completeness, man under will be treated in a different article.
Read more »
Posted by Space Coyote at 4:12 PM 3 comments: 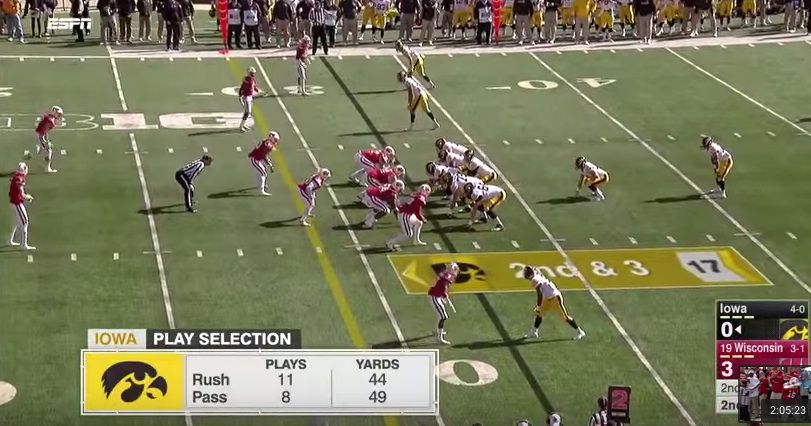 Iowa football has been utilizing the base stretch run scheme that made the likes of the Washington Redskins and Denver Broncos dominant in the 90s and into the new century. I’ve discussed outside zone quite a bit before, as have many other places; rather than continue along the same lines, I’m now going to make a distinction and a further distinction with regards to Iowa football. There is Outside Zone – also known as wide zone – where the intent is to out flank the defense and get to the edge; this is most commonly seen from spread teams. Then there is zone stretch, where the ball can bounce to the outside, but more often than not will be cut inside the EMOL, this is the classic Joe Gibbs and Shanahan offense. Both can be called stretch or wide or outside zone, it’s more of a philosophical difference (though in Gibb's case, he had a play called "bounce" and a play called "Outside", that were just that very distinction). Iowa also adds in the lead blocker (Gibbs often did as well, it isn't a new invention), and that’s what I want to focus on today.
Read more »
Posted by Space Coyote at 9:29 AM 1 comment:

Film Review: Michigan State's Vayante Copeland and What to Expect in '16

A lot of Spartan fans were excited about the play of RS FR Vayante Copeland last season, despite playing in less than two games due to injury. I had a chance to go back and reassess his brief play, and honestly, was more impressed than my initial reaction. While there are areas where he needs to improve, he did show a lot of natural ability. In this post, I'm going to review Copeland's film and give my impressions of where to expect him to play going forward. 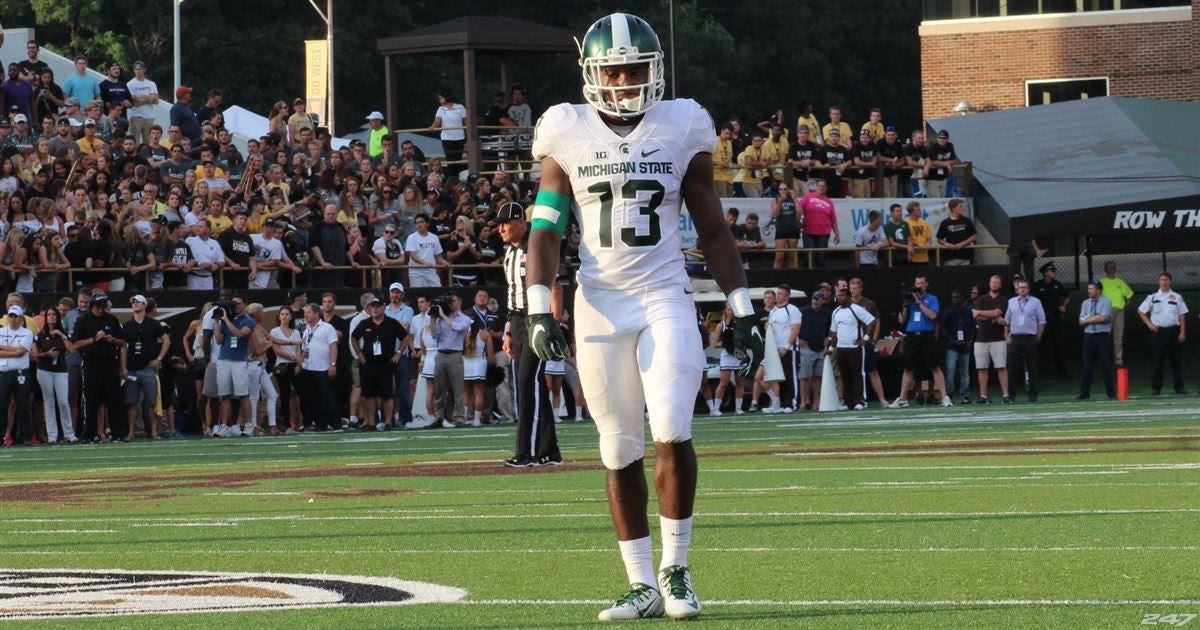 Review: Has the Window Closed for Michigan State? The Growth, Dominance, and Future of the Spartan Defense

Back in January, Ian Boyd dropped the disrespect alarm on many within the Spartan fan base when he seemed to indicated that the Michigan State run of success may be coming to an end.

Review: Has the window closed for Michigan State

I don't necessary believe that Boyd was necessary calling the demise of MSU football with his article. Nonetheless, it's understandable for MSU fans, who have been hearing that same, repetitive rallying cry for nearly a decade, to attempt to shoot him down. In the process of doing so though, I believe some pertinent points have been missed. In this post I'll discuss my thoughts on Boyd's article, where I agree with him, and where I'd like to expand on his thoughts. 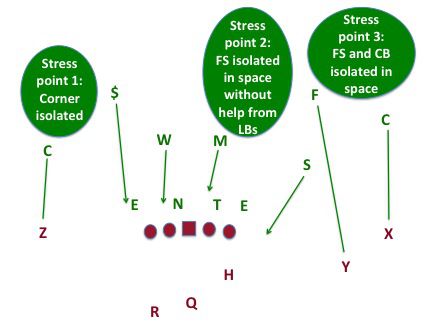 Read more »
Posted by Space Coyote at 4:19 PM No comments:

Inside the Playbook: Michigan Offense Reaction to Pursuit with False Keys

Previously, we discussed how Michigan and teams like MSU are playing pulling blockers. They key in both schemes can be boiled down to taking away the numbers advantage the offense is trying to gain at the point of attack. This is down by flowing across the formation by a backside LB or by inserting safeties into the run fills. As teams start keying pulling OL, they begin diagnosing plays faster and taking away the offense's advantage. That's where the offense can begin doing things to take away those keys or use the pull as a false key. Let's look at how Michigan's playbook handles this.

Perhaps one of the greatest strengths of Urban Meyer's passing attack is how simplified he makes it for his QBs. Meyer understands the capabilities of his players and the capabilities of the defenses he is facing, and because of that, he is able to limit the amount of decisions his players have to make to allow them to play fast and make the correct decisions repeatedly. In his mind, there is no reason to complicate what doesn't need to be complicated; and that not only makes perfect sense, it also shows a lot of restraint that many coaches don't have.

On this play, what we see is a very simple play for the offense to run, but also a play design that gives the defense a lot to think about. Simplifying the game for your team while complicating it for the opponent allows your team to execute at a higher level, and that's a constant theme throughout Meyer's playbook. Today we're going to look at how Meyer dials up what he calls a "Follow Pivot" as a further iteration of his mesh concept and what I term "drag and follow" (also known as drive and chase). 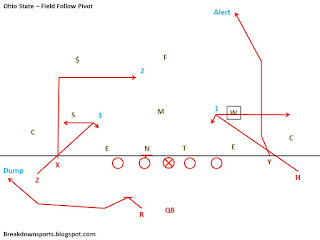 First, a H/T to Seth over at MGoBlog for putting much of the foundation on this post.

Read more »
Posted by Space Coyote at 9:34 AM No comments:

Inside the Playbook - Michigan Defending the OL Pull

Michigan's offense is going to pull a lot of OL. Similarly, Michigan's defense is going to see more teams increasingly go to pulling OL as more teams shift back to man/gap schemes and away from the zone oriented teams. Of those plays, Power O is probably the most relied upon for opponents. In this article, we are going to look at how Michigan defends the Power O and why they defend it this way. In my next post, I'll discuss how an offense can react to it. 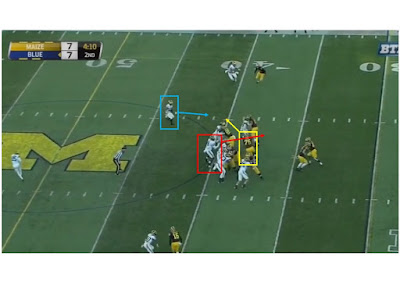 Inside the Playbook: More depth into Don Brown's Defense

Going a bit more in depth with Don Brown's scheme 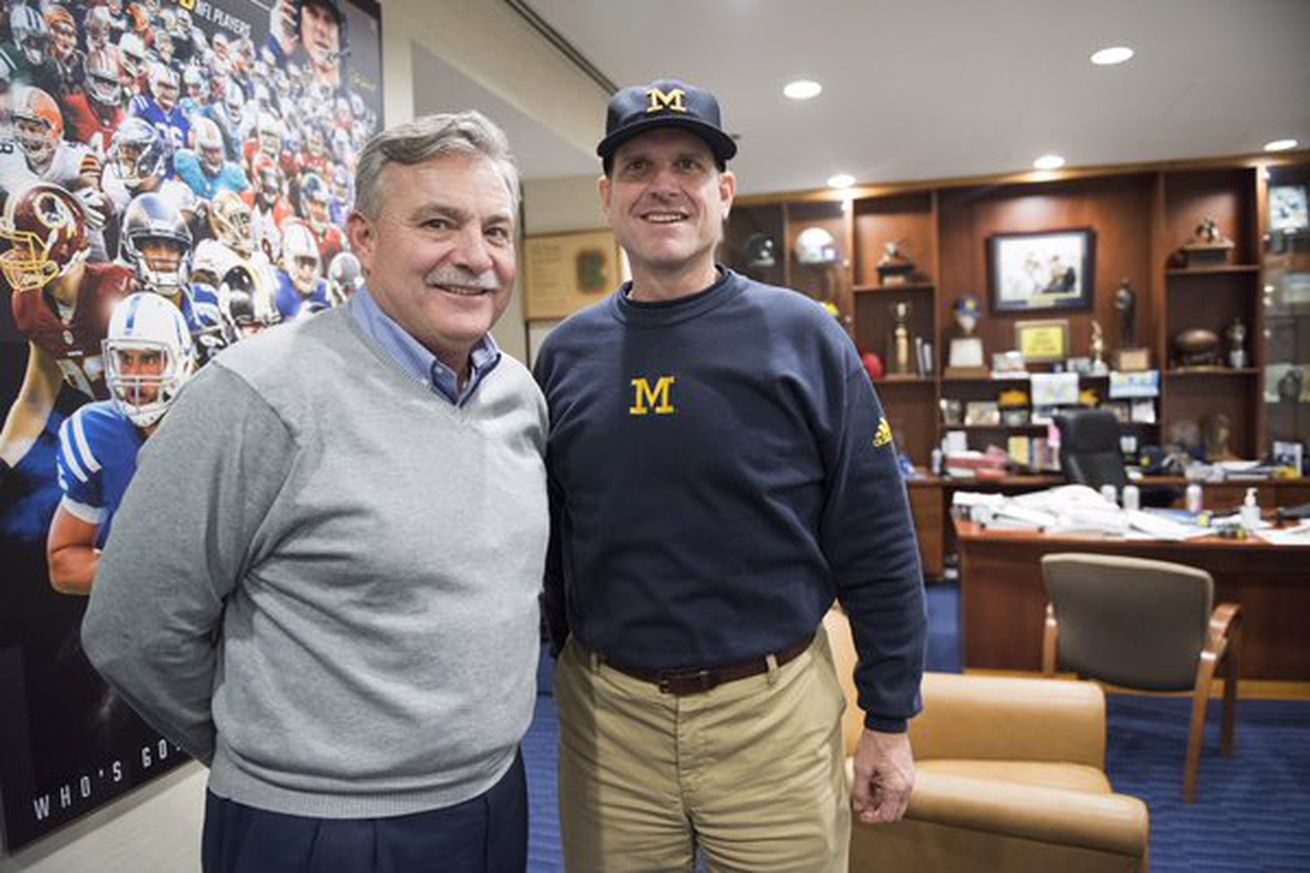