Counter OH and Counter OF are great run plays within a Power O based offense or an Inside Zone based offense. For a Power O offense, it utilizes a pulling OG and a lead blocking FB or H-back, while utilizing misdirection in the backfield with the RB running a counter step (often allowing this play to be a very effective Weakside run). For an Inside Zone based offense, the initial movement of the FB/HB is the same as a standard split zone block, while the backside (away from the initial RB step) looks very similar to zone steps. In this post, we’ll look more closely how Counter H/F (that’s Counter OH or Counter OF) fits within these schemes, when to run it, why it’s so effective, and how it fits into a spread architecture. 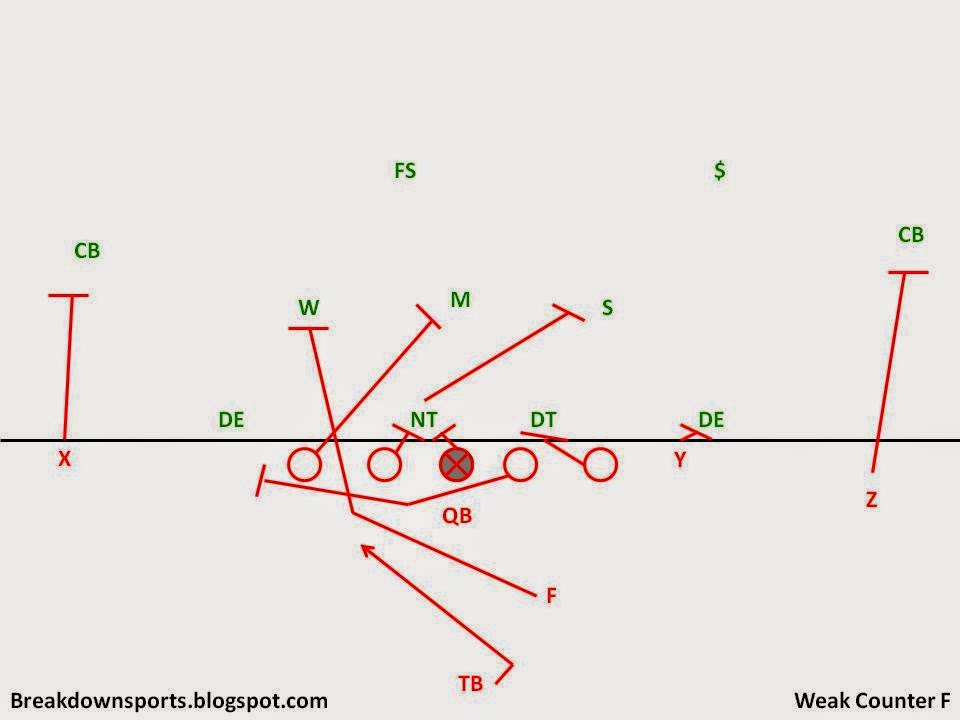 Against a 3-4 Okie front, one of the keys for any offense will be “how can we block the ILBs”. With a standard Tight Zone or Power O scheme, that can be difficult, particularly when the DL can handle double teams and the OLBs can funnel everything back into fast flowing interior defenders. But the Buckeyes found several ways to exploit the Oregon front, getting both outside and punching it right between the tackles. In this post, we are going to look at how Ohio State utilized Tight Zone with a Wham blocking tag to seal the Oregon front and get OL into the ILBs.

The Iso run is a quick hitting run play that works by dominating the LOS. Creating double teams on both sides of the run lane and gaining momentum with a lead FB allows the offense to ram the football down the defense's throat. Because of it's strength at the point of attack and relative quickness in its development, it's a great play to run against quick hitting defenses (goal line situations or against a heavy blitz) because the defense must react to it quickly and defiantly, or else be caught behind the ball. In this post, we are going to go over the fundamentals of the Iso scheme. 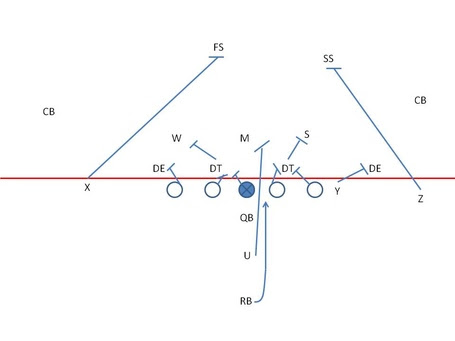 Note here that this is a strongside Iso. The center comes off his combo block almost instantly because of the aggressive nature of Notre Dame's LBs. He is letting the LB take himself out of the play, essentially combo blocking to him without doubling at the point of attack.

Read more »
Posted by Space Coyote at 9:34 AM No comments:

This will be some rambling points about tonight's game. Had to pull this together quickly.

Read more »
Posted by Space Coyote at 9:47 AM No comments:

I'm quite familiar with Beck so I can push this out rather quickly. This is an Interesting hire, but I like It.

In general, I liked Beck's scheme at Nebraska. It's more of a stretch zone base, rather than OSU's tight zone, but it typically utilizes more zone based tag schemes than Meyer has in the past (read: more blocking adjustments within zone scheme, or a lot more of this). It'll be interesting if some of that gets implemented into Meyer's offense, which I'm fairly certain will still be the base O as it has always been under Meyer (though he has often allowed his OCs to add wrinkles). Warriner will almost certainly be in charge of play calling now, as he's more directly familiar with Meyer's scheme and a promotion is in order to keep him around. Meyer has tended to prefer to promote from within as well.

Hit the jump for more on coaching ability, fit at OSU, and offensive wrinkles he may add.

Previously, we talked about OSU utilizing split zone as a viable way to simplify the read option game for inexperienced QB Cardale Jones. But to move the football in the college game, you still need some semblance of a passing threat. Rather than forcing their QB to make complicated reads or fit the ball into tight windows, Urban Meyer and Tom Herman dialed up a simple play action pass concept to allow Jones and his receivers to be effective while not needing to over think. In this post, we’ll look how this “3-Verts” concept works, and more specifically, how it works as a great addition to the split zone play. 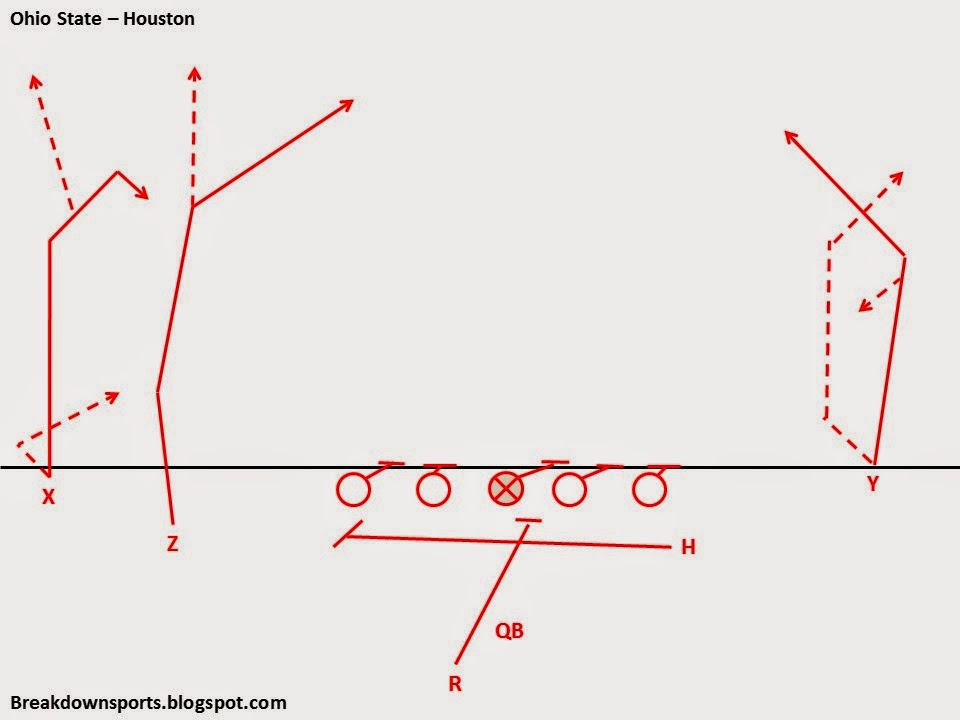 Read more »
Posted by Space Coyote at 3:57 PM No comments: