Inside the Playbook: Wisconsin's use of Dos, Tight Bunch, and Wings in Formation

As we cover Wisconsin over the next few pieces, we are predominately going to focus on three formations: Dos (Tight Double Wing), Tight Bunch, and I-Form. Wisconsin finds ways to use FBs and H-Backs within the offense, to lead block, to run rubs, or to even to cross flow.
In this post we will first cover the high level benefits of these formations for Wisconsin. In the next posts, we will go into depth into specific plays, predominately run out of these formations. 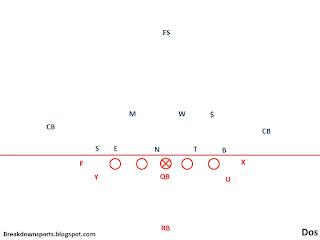 Stretching the Defensive Front and Adding Gaps
It’s common in today’s football to hear about offenses trying to “stretch the width” of the defense. What this typically means is that the offense is utilizing multiple WRs to force the defense to cover all the grass laterally across the field. Wisconsin still does that, however, they prefer the tactic of threatening the width of the field from condensed formations.

Most defenses in the modern era are structured to defend spread formations. What this means is that defenders aren’t as accustomed to defending 1) interior gaps; and 2) new gaps that form by way of lead blockers. Both of these formations allow the offense to play in a constricted area, still threaten the perimeter, but also stretch the defensive front by applying a lot of gaps to defend. Furthermore, they utilize FBs and H-backs to gain leverage or to be inserted into interior gaps, thereby creating additional gaps for defenses to defend. This forces defenders that are more accustomed to filling the alley or setting the edge to pick through traffic, read through OL to backfield movement, and still be aggressive. 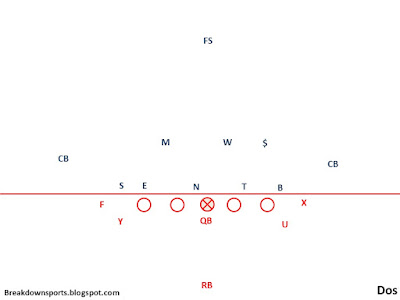 That both Dos and Tight Bunch essentially create 9 or 10 interior gaps, and that the off-Y position allows those gaps to change position within the LOS, puts a lot of stress on the defense. 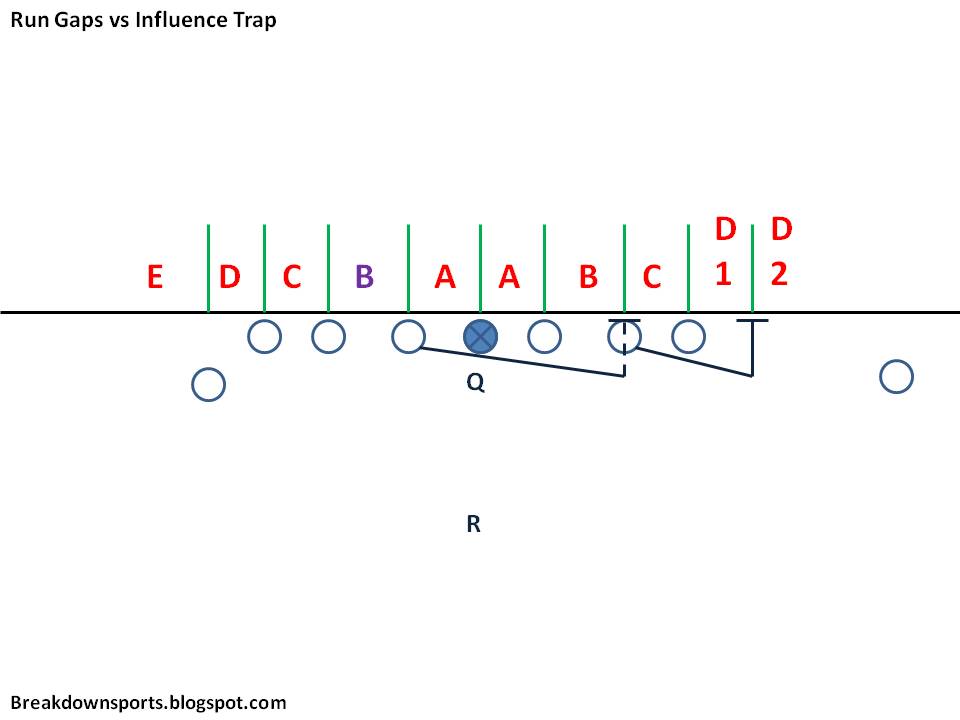 Off-Y, Wings, and H-Backs
More or less these are the same thing. An off-Y is typically a primary TE, lined up next to an OT, but off the LOS. A Wing is also typically off the LOS, but next to a TE, but some will find it interchangeable with an Off-Y. Both of these can be considered an H-back, or a U-back, though those are often associated with movement (can line up deeper in the backfield, shift positions, etc.), and may even end up on the LOS at times. And certainly, depending on who you talk to or the schemes they run, any TE aligned off the LOS next to the EMOL could be a Wing. So as I walk through this, don’t get too confused about changing terminology or terminology you might otherwise find inconsistent. You can specify these things as being different, or they can be interchangeable. Typically, I’m going to be using the work “Wing”. 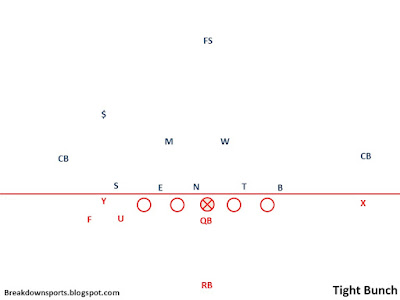 Utilization of the Wing
What Wisconsin does that most teams don’t in modern football, is not only utilize the Wing position to gain leverage on the defense, but they utilize him as a true puller. You watch most teams, and the Wing is either executing a zone block, kick out block, or down block on the front side, or a cut off block or split flow block to the backside. Occasionally, you will see some teams utilize a wham. The one play where H is used as a puller is typically Counter H. A few will spread teams have started using the H to run Iso as well, though that typically isn’t from a Wing position, but rather a “blocking back” position (lined up near the B-gap typically). Wisconsin does all of those things (except Wham) from the Wing, but they also utilize the H as a lead blocker on Lead Power O. This means that the Wing can be inserted in multiple locations along the LOS. 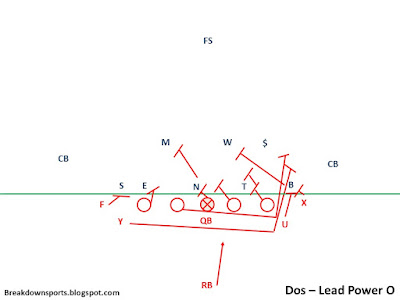 But being off the LOS also gives them space to operate, space they often desperately need. TEs aren’t OL, as much as we’d like them to block like one. But they do move well. Giving them space to move and gain leverage on defenders makes defending the stretch play so difficult. Remember, the goal of outside zone is to stretch the defense laterally. The off-Y position prevents the defense from setting a strong edge and forces them to either give ground to maintain outside leverage, or threaten to be reached. 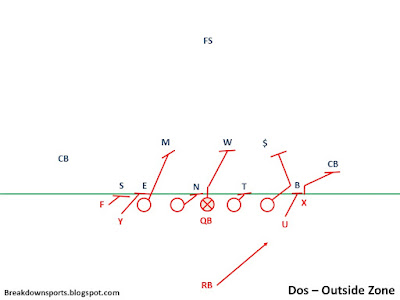 Bringing it All Together
As a unified scheme, this makes it difficult to defend. The defensive front is stretched thin, forced to defend a lot of gaps. The threat of stretch one direction serves to hold the backside of the defense for runs in the opposite direction. This gets the defense playing laterally rather than downhill, and causes them to be passive while your blockers are firing off the ball.

The other major aspect to the success of Wisconsin is their timing. The OL anchors strong, they make sure to get first line movement. This allows pullers to consistently be at the correct depths, meaning multiple pullers don’t disrupt each other’s timing in getting playside, and both pullers can get there before the backside of the defense does. The RBs allow these pullers to clear, they don’t get too tight to the butt, but allow the play to develop. Despite so much stress on “stretching the defensive front”, probably the most lethal aspect of this is that it ends up with the interior of the defense exposed trying to defend that width. So Power often ends up an A gap run. Stretch often bends back. You’ve forced the defense to worry so much about the edges and the extra gaps you are adding that the middle gets exposed. But that can only be done with the offense working in sync, of each position hitting their mark at the right time.


This was really Wisconsin’s bread and butter, and a formation that propelled much of their offensive success, both in the run game and the play action pass. We’ll start by looking at some of the gap schemes, then move on to the zone schemes, and finally end up in the pass attack, all as part of this Dos/Tight Bunch package.
Posted by Space Coyote at 9:19 AM