A lot of talk surrounding Michigan's supposed lean on more RPO schemes has had to do with what is at the base of Jim Harbaugh's scheme: lots of heavy personnel sets and a complex number of run concepts. Some have wondered how the two ideas can converge, despite the fact that Harbaugh himself had previously incorporated RPOs into his offense (albeit with a different type of QB). I've already discussed how Harbaugh can utilize many of his run concepts within an RPO framework, but the question still remains, how do you do that and utilize the bevy of TEs and FBs that are currently on the roster. This post is going to explore utilizing 12 and 21 personnel (pro personnel for short) within an RPO scheme. 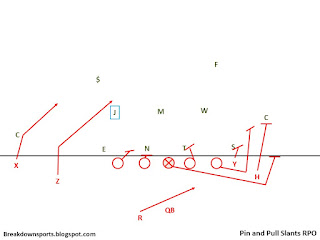 Pro Personnel in Spread Formations
The most obvious way to utilize your pro personnel but still run RPOs is to use the personnel groupings, but simply put them in spread formations. Typically this means motioning your TEs or RBs (backfield can be 2 RBs or 1 RB and one FB) into the widest WR spot, and this does a few things:


By utilizing motion and pro personnel in spread formations, you add an additional element to the offense that a defense has to account for. 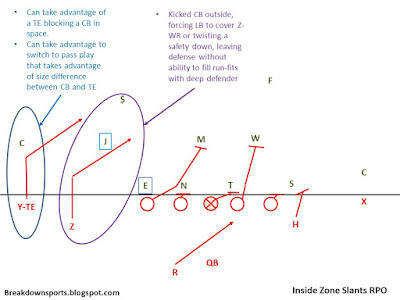 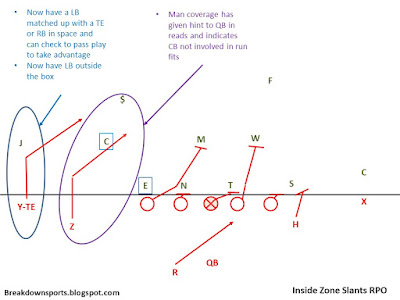 Twins
If you want to maintain your personnel in pro-style formations and still utilize RPOs, all you really need is to run Twins sets. Be it with 12 or 21 personnel, if you have 2 WRs aligned to one side, more often than not you will get the same sort of coverage look in that direction as you would in a spread formation. That is, you'll get a lot of press man or you'll get a lot of zone coverages that involve the safeties in the run game. Those things open up the same personnel match up issues in the slot and the same conflicts in the second level of the coverage. And you can still utilize a lot of your base schemes to the strong side of the formation because you have a TE and a potential lead blocker or wing. 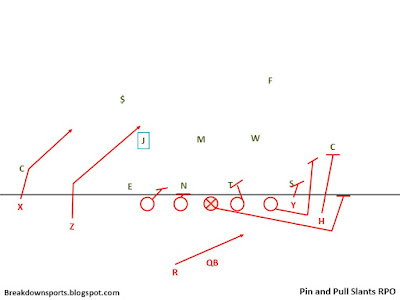 3x1 Formations
Similar to the idea of Twins sets, any 3x1 formation can similarly be effective. This could mean 2 WRs to one side of the field (similar to twins), but it could also be a TE-Wing combo along with an outside WR. Now utilizing your weakside run schemes, the backside LB is going to be put in conflict, particularly for teams that are going to shift their front to account for the extra strength. You are putting the defense in a weakside-strongside conflict for defending the run or the pass. 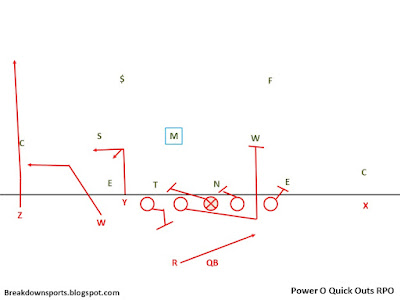 Utilizing TE as Blocker for Screen
There are a number of RPOs that are thrown behind the LOS, and for such plays, the TE can be a very valuable person to block. They are generally more nimble in space to block DBs, and they often takes coverage with them as they go out to block, further reducing numbers for the run fit. 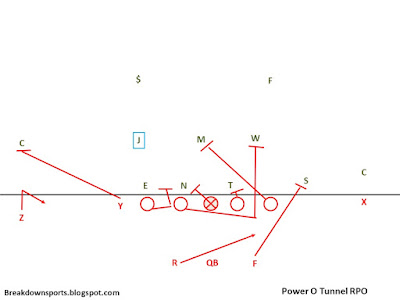 Incorporating FB/TE style RPOs
There are a few RPOs that typically utilize TEs already in the spread game. They include the pop pass, the slide/bench RPO. In fact, the pro personnel may even make these concepts better, as defenses are typically more apt to work down hill in their run fits and are typically more constricted. 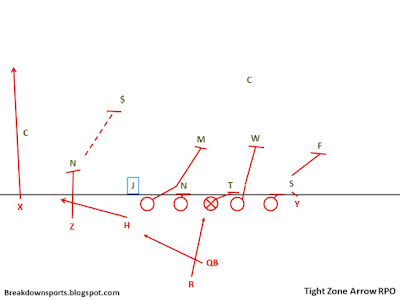 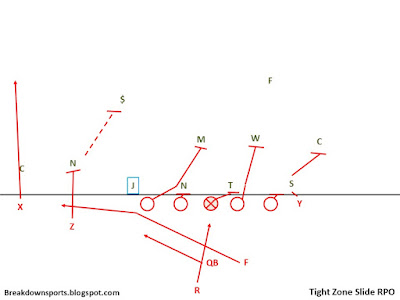 Utilizing 2 RB sets
Michigan already did a bit of this at the end of last year. The question at the time was if it was really a post-snap read or not? It may not have been then, but it can be now. This allows them to get both Higdon and Evans on the field at one time. So they can run Swing and Bubble RPOs with two RBs out of the backfield. 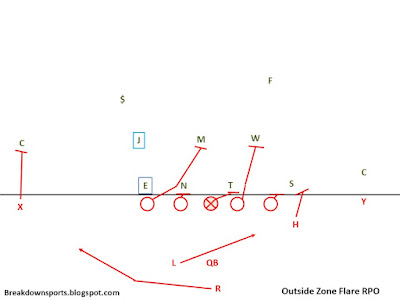 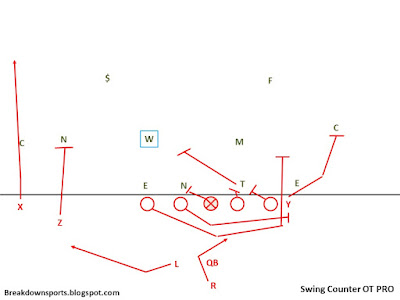 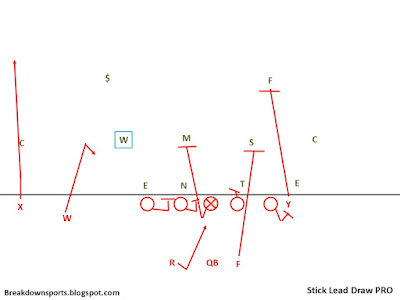 Utilize Weakside Runs and Counters
HBs and FBs are great because they can easily pull across the formation. By doing so, you allow for counters to attack the weakside of the formation, which can be difficult for defenses to defend. Because of that they are often forced to twist down DBs to either help in coverage or in run fits, leaving them in single high up top. 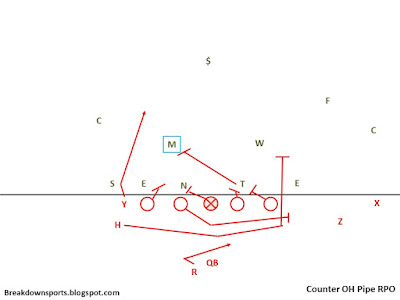 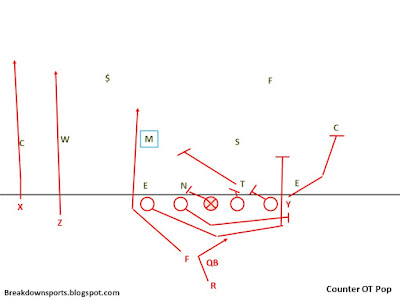 Under Center RPOs
These are probably few and far between and require a very simplified read, but they can be done and have been done by some teams. It is typically a bubble pass that is utilized, and the QB is simply reading the slot defender. Upon opening at the LOS, if the slot attacks, he throws bubble, if not, he runs. This can be paired with Power or Iso or Inside Zone. 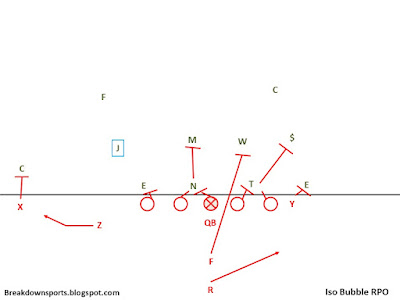 Pistol vs Shotgun
Basically all run concepts can be run from shotgun these days, including iso. Still, a lot of teams still prefer the ability to get a RB downhill at the snap. While the angle can be a little weird, pistol can be utilized to mitigate some of the concerns with going fully to shotgun in an offense and allow you to maintain a number of your pro-personnel run strengths while still making traditional RPO reads.


Break Personnel Tendency
The short answer here is: don't. Go to 11 personnel and run RPOs from spread formations. All teams, even the heavier teams, will utilize 11 personnel from time to time. If 50% of your plays are from spread personnel and shotgun, this still leaves the other 50% of your plays that you can run anything else from. As we've noted throughout the RPO football fundamental series, few of the routes and none of the run schemes are foreign or implemented only for RPOs. You can utilize your schematic strengths and add-on the RPO concept without it being a very expensive install to anyone other than perhaps your QB, who now has to make an additional read (albeit, depending on practice time, you can make that read more conservative or less conservative).
Posted by Space Coyote at 3:48 PM